A Mermaid in Paris

A crooner with a broken heart, Gaspard had sworn never to fall in love again. As for Lula, a pretty mermaid, she has only her singing to defend herself from men, making their hearts race until they explode.

When the Seine floods and deposits Lula at the foot of the Flowerburger, the barge-cabaret where Gaspard sings, it is a mini-tsunami that will upset and change their lives. He, the man who has suffered from having loved too much, and she, the creature who has never known love, will get to know each other. And to sing with the same voice...

★★★★½ "A beauiful crowdpleasing blend of Amelie and The Shape of Water" - James Croot, Stuff.co.nz

"A Mermaid in Paris is a refreshingly original film about what it means to believe in the things you love, and in doing that, makes a strong argument of why you should love the film itself." - Film Inquiry 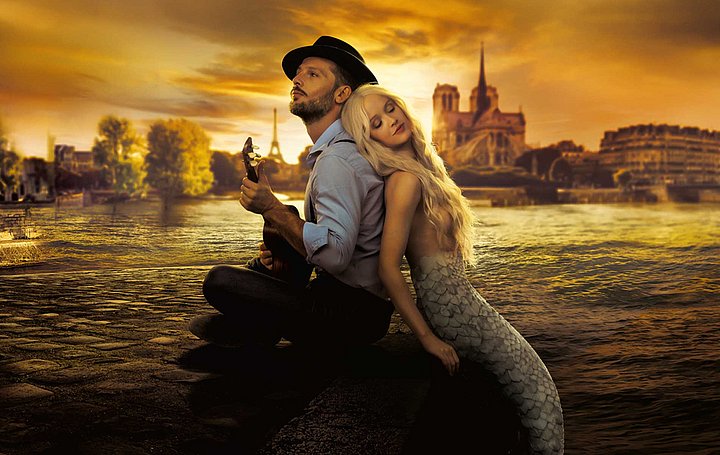