Winner of 7 César Awards, including Best Film and Best Director!

This crowd-pleasing film by writer/director/actor Albert Dupontel (See You Up There) blends dark humour, social satire and tragedy into a frenetic and fast-paced story that leaves audiences delightfully giddy by its twists and turns. As a testament to its wildly entertaining characters and plot, Bye Bye Morons conquered the French box office in 2020 despite being released at the height of the curfews.

Suze Trappet (Virginie Efira, Sibyl, An Impossible Love) doesn’t have long to live and she is going to make her last remaining days count. Determined to find the son she was forced to abandon almost three decades ago, Suze sets out on a madcap quest that is filled with adventure, peril and bewildering encounters.

While the whirlwind and borderline absurd style of the film delivers a series of glorious over-the-top comedic set-pieces, Dupontel ensures his film never loses its heart and embeds his characters with genuine empathy amid all the chaos. Dupontel himself is particularly endearing as Jean-Baptiste, who becomes one of Suze’s closest companions. Exhilarating, poignant and hilarious, this urban comedy is a refreshing blast of anarchic energy. 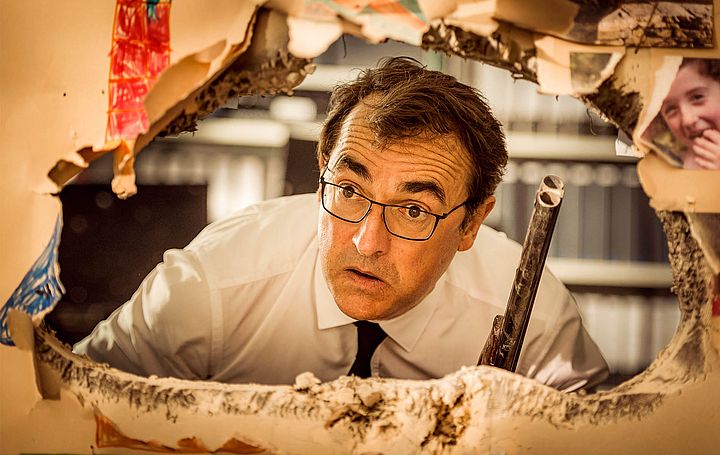