Biographical drama is one of French cinema’s most established and beloved genres, and Gabriel Le Bomin’s spectacularly-mounted De Gaulle stirringly depicts a crucial period in the life of one of the most famous (if not infamous) figures in the nation’s modern history, doing it enormous justice in the process.

It is May 1940, where the war between Germany and its neighbours has intensified. Shockingly, the French army collapses, and Hitler seizes Paris. The government is in panic and considers accepting defeat, but recently promoted two-star General Charles de Gaulle (The Translators’ Lambert Wilson, in a career-best performance), wants to change the course of history...

His wife, Yvonne (Isabelle Carré), is his first support, but very quickly events spiral out of control and separate them - she and their children set out on the roads of exodus, as Charles travels to London to meet with Winston Churchill. He wants to make another voice heard: that of resistance.

Matching the impact and scale of recent war dramas The Darkest Hour and The King’s Choice as it depicts crucial incidents in gripping tick-tock fashion, Le Bomin expertly mixes the historic and the Romanesque, charting both a military debacle and the eventual revelation of a destiny. De Gaulle is filmmaking on a grand scale, with an impact to match. 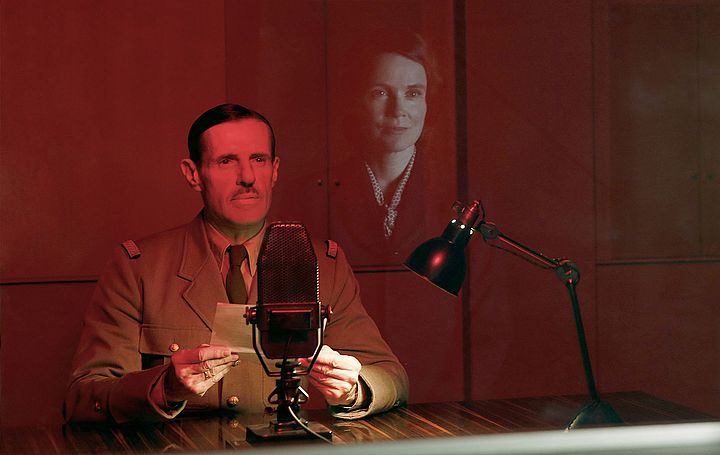