Based on incredible true events, Jérôme Salle’s gripping new political thriller depicts the remarkable story of a French public servant who unwittingly found himself in conflict with one of the modern era’s most powerful and dangerous forces: Russia’s FSB.

Gilles Lellouche stars as Mathieu, a gregarious and dedicated diplomat who accepts a posting to Irkutsk as the head of Siberia’s Alliance Française. He hopes the change will be good for his family and struggling marriage, but before long Mathieu’s staging of cultural events and support of artistic expression sees him fall afoul of local authorities. Accused of a terrible crime, he soon realises someone has fabricated a case with Russia’s Federal Security Service; he has been framed.

Arrested, imprisoned and isolated, Mathieu has nowhere to turn. Defending himself is impossible, the French authorities are helpless… it seems he has no choice: to try and escape.

With top-notch direction and excellent performances by its entire cast (including Cold War’s fabulous Joanna Kulig) and featuring several pulse-pounding setpieces to rival the best of Bourne, Kompromat is high-octane French cinema at its most compelling and entertaining. See it before the inevitable and likely inferior Hollywood remake! 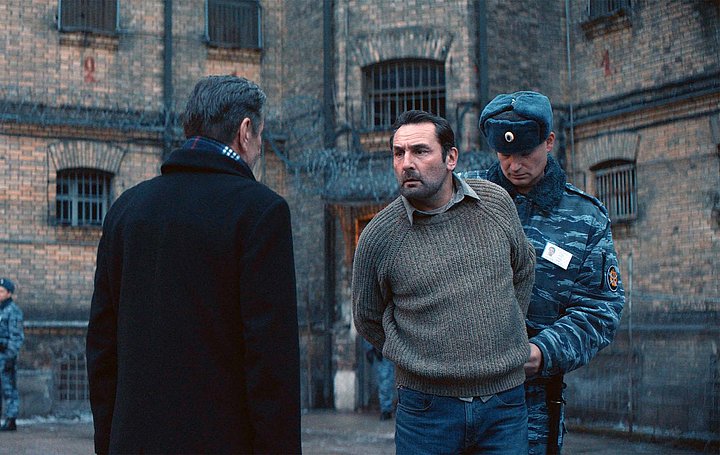