Sink your teeth into this juicy murder comedy!

Was it Colonel Mustard in the kitchen with the candlestick? Or was it Mrs Peacock in the conservatory with the lead pipe? Murder Party follows Jeanne (Alice Pol), a brilliant architect on a new job, renovating a beautiful mansion owned by an eccentric family who head a board game empire. Jeanne turns from architect to investigator when the landlord and patriarch is found dead and suddenly everybody is a suspect.

Director Nicolas Pleskof (Simiocratie and Zoo) has brought the family favourite board game, Cluedo, to life with his first full-length feature film.

All-star cast Alice Pol, French superstar Eddy Mitchell (True Friends) and actress and director Zabou Breitman (The Swallows of Kabul) will keep you on the edge of your seat in this comedy thriller. Just when you think you have deduced it was Miss Scarlett in the ballroom with the revolver, guess again! 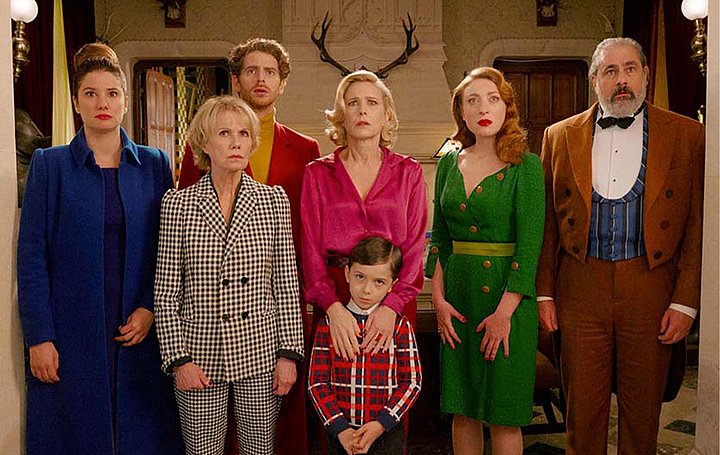