Disillusioned thespian Étienne (Merad) reluctantly accepts an arts rehabilitation job, leading a theatre workshop group at a correctional facility under the watchful eye of cautious warden Ariane (Marina Hands). His program attracts a motley group, and Étienne, surprised by the raw talent, comes up with the idea of workshopping Beckett’s “Waiting for Godot”. To the surprise of many, the play’s themes prove to be a natural fit for the inmates, and the connection between the cast and their kind-hearted director grows stronger with every rehearsal, though not without some very unexpected ramifications…

To spoil what develops would be criminal, but when the story of the real troupe’s experiences went viral, Beckett himself commented: “That’s the best thing that happened to this play since I wrote it!”.

Inscribed with intelligence and humour, The Big Hit was named Best Comedy of 2020 at this year’s European Film Awards. It’s an empathetic and hugely entertaining celebration of camaraderie, and the liberating power of art. 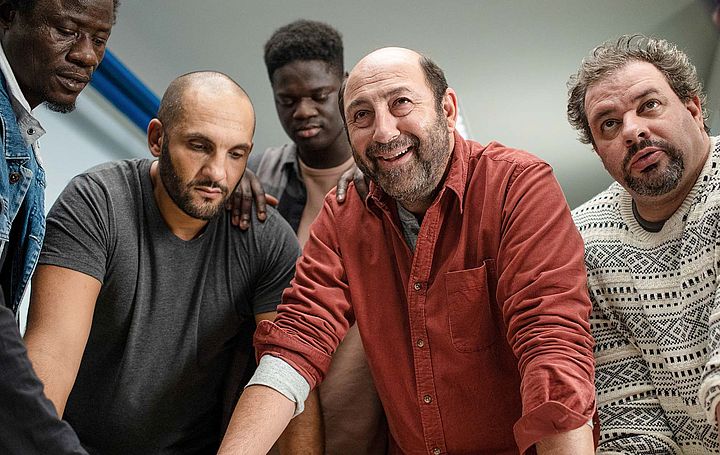